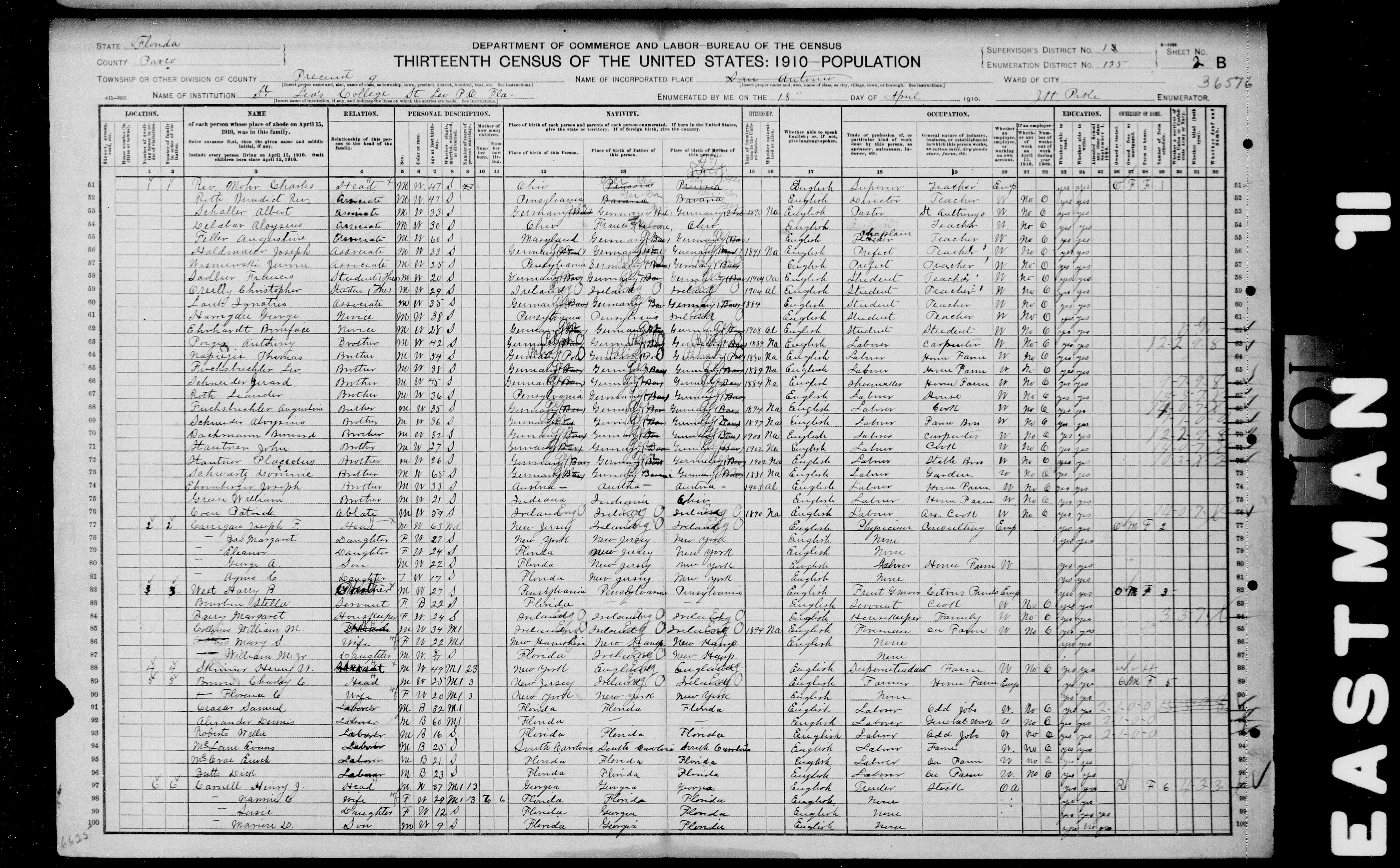 This census page shows several families living in the town of Lake Jovita. The town of Saint Leo temporarily took the name of Lake Jovita in an effort to attract more visitors and residents to the area. The families shown on this page include Pike, Hermann, Arnold, Rook, Cosby, Barthle, Jordan, Hill, Langdon, Labadie, Beguen and DesRosiers. It should be noted that there are only a few families listed on this particular census page because several of these families had many children, each taking his or her own line on the page. These large families include the Hermann's and the Barthle's, both families sent many children  to Saint Leo and Holy Name Academy over several generations. 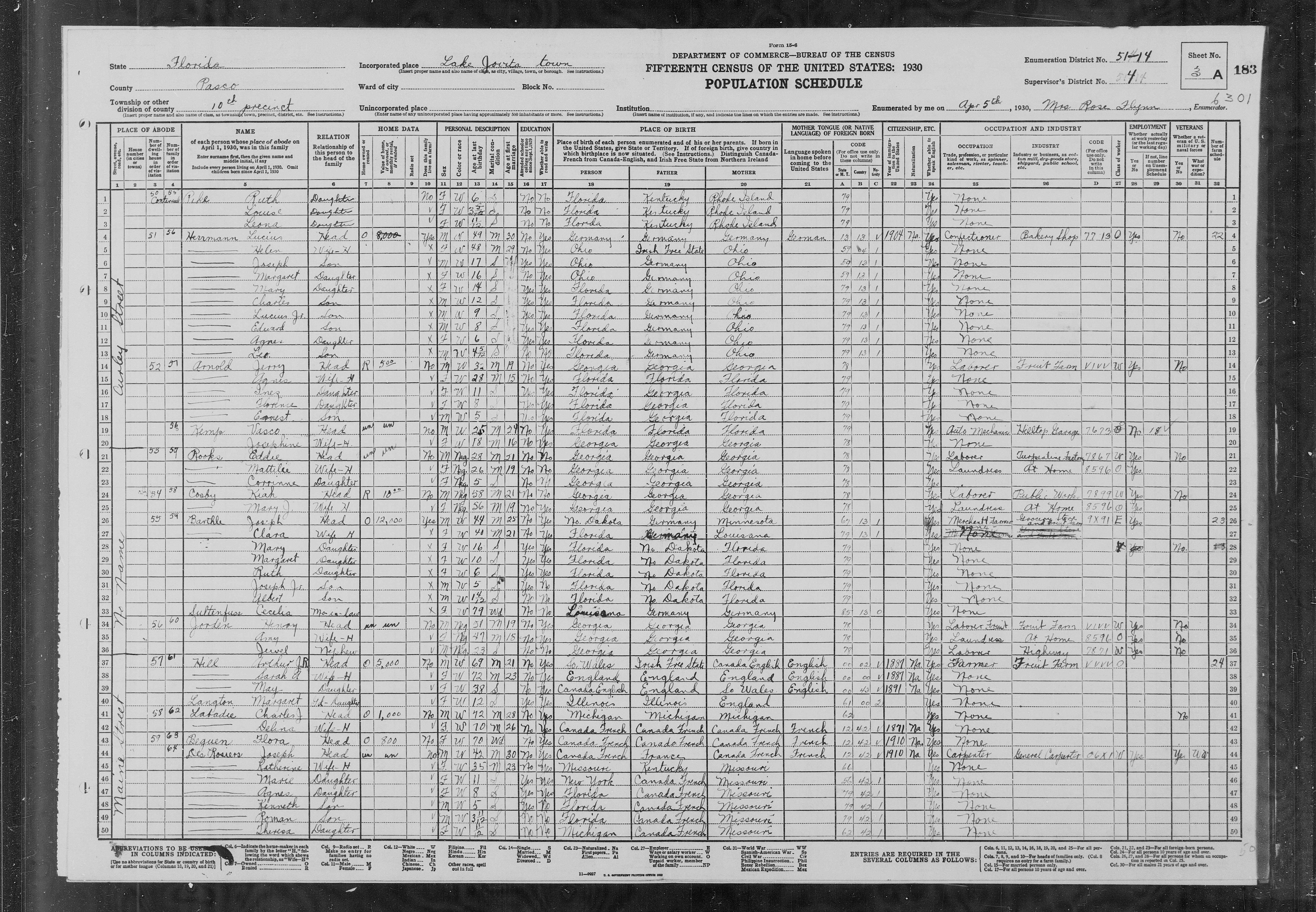