Modules for each section of English 121

Subtopics that are within "Discourse Community"

Click on the image to learn more.  A more detailed definition is below the image. 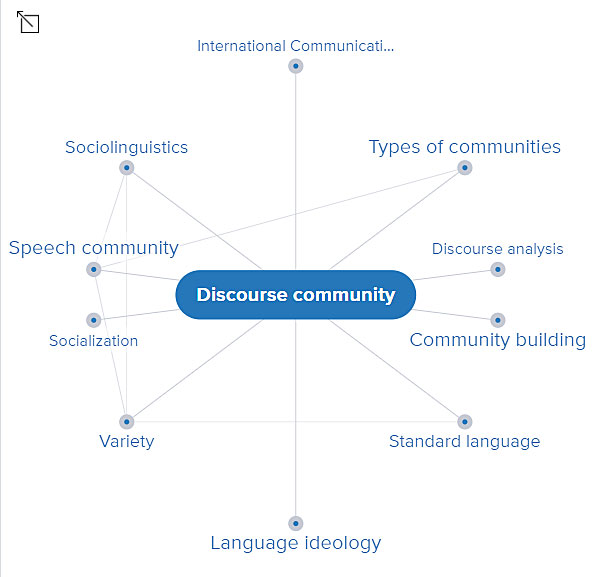 from A Dictionary of Sociolinguistics

Used like SPEECH COMMUNITY to emphasize that individual language use is embedded in social relations and is regulated by conventions specific to particular groups or communities. However, it is often distinguished from ‘speech community’ on the grounds that speech communities are sociolinguistic groupings with communicative needs such as socialization and group solidarity, whereas discourse communities are groupings based on common interests. ‘Discourse community’ is also often used to signal a focus on written rather than spoken texts, such as the writing of the academic discourse community or the reading of magazines by adolescents. An influential model of the defining characteristics of a discourse community was developed by Swales (1990), who lists the following characteristics.

A principal criticism of the term discourse community, as of speech community and another related term, COMMUNITY OF PRACTICE, is the implied homogeneous, often idealized, nature of the community and its associated language practices.