Your readings from the book

While completing the readings, remember that the concept of authority goes two ways: as you learn to find and use sources with authority to use in your own writing, you are building your own authority/ethos as a writer.

Readings from the textbook - Rhetorical Approaches to College Writing:

In Module 7 you will read about the best practices for conducting academic research, the ways to utilize library resources, such as the catalogue and the databases, enhancing your writing by summarizing, paraphrasing, or directly quoting sources, citing them properly in the MLA format, all skills essential to effective academic communication and to establishing your own authority as a writer. You will put all these skills to use while composing your Module 7 Assignment. 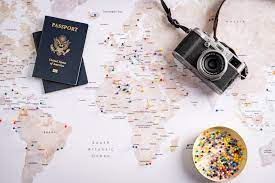 We will be Searching Strategically in the EBSCO collection of databases. After this session, you should be familiar with:

How to formulate keyword searches in EBSCO appropriately.

How to limit what you are looking for (full-text, peer-reviewed etc.)

How to strategically read for and discover the best article(s) for your assignments.

Learn the basics of MLA citation style, and where to receive help.

Aristotle (and others) suggested that all means of persuasion could be divided into three categories: ethos, pathos, and logos. He called these "appeals" in the sense that a speaker or author is asking the audience to believe him/her because of the logic of the case, the way the case makes one feel, or the character/authority of those who make the case.

The Appeal to Logos (Greek for 'word') refers to an inference the author constructs (an If. . Then. . statement of some kind) and the internal consistency of the message—the clarity of the claim, the soundness of the inference, and the effectiveness of its supporting evidence. We call the impact of logos on an audience is called the argument's logical appeal.

The Appeal to Pathos (Greek for 'suffering' or 'experience') is associated with emotional appeal but a better equivalent might be "appeal to the audience's sympathies, instincts, assumptions, and unconscious, beliefs. An appeal to pathos causes an audience not just to respond emotionally but to identify with the writer's point of view—to feel what the writer feels. Perhaps the most common way of conveying a pathetic appeal is through narrative or story, which can turn the abstractions of logic into something palpable and present. The values, beliefs, and understandings of the writer are implicit in the story and conveyed emotionally to the reader.

Authority or credibility is the quality that makes the rhetors believable, so the term is interchangeable with Ethos, one of the three rhetorical appeals used by rhetors to further their communication. Only the rhetors who establish their authority with the audience, or in other words, appear trustworthy to their audience, have a chance at successfully communicating their message to that audience.

Authority: In the Sources you Find, In the Work You Compose: