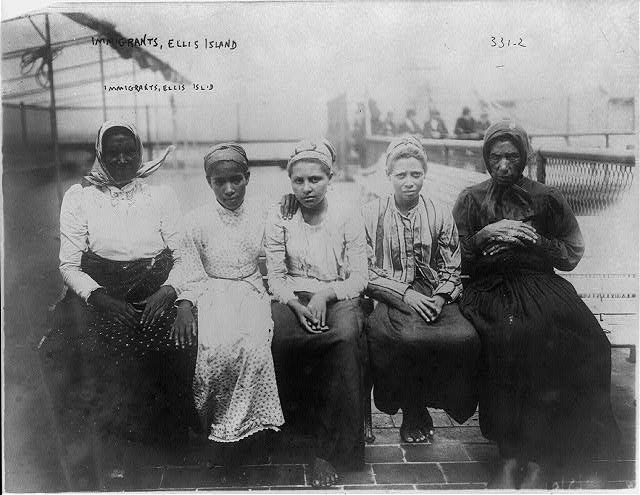 Why have Chinese enclaves like China Towns continued to have such a strong presence in American cities to the present day?

· Why were Japanese-Americans put into internment camps during WWII and not German-Americans?

· What are the effects of having a wave of immigration and migration in which the majority of the immigrants and migrants are male? How was this manifest in San Francisco during the Gold Rush?

· Can we use the same concepts and vocabulary to discuss European immigration to America and the Great Migration of southern African Americans to the North? Why or why not?

· What was the most important deciding factor for southern migrants who decided to move to the North – factory agents, letters from friends and family already in the north, or editorials, articles, and letters printed in the Chicago Defender newspaper? Explain why you chose this deciding factor over the others.

· We can learn much about the lives and cultural values of a people through their music. What types of music today tell stories about difficult times and colorful characters, like the corridos did? Why does music make such a wonderful vehicle for telling the stories of a people?

· Should America provide a safe refuge for immigrants in danger in their home countries (refugees)? Why or why not?

·Should Puerto Rico become the 51st U.S. state? Why or why not?

·         Should the United States apply different immigration policy toward particular immigrant groups? Why or why not?

·         Why is it so difficult for many Americans to separate Islamic terrorists and extremists from Muslims in general?

·         What is the American Civil Liberties Union? Why might this group have occasion to be associated with Muslim Americans?

What groups and practices in the United States can be compared to the belief systems and tactics of Islamic extremists?