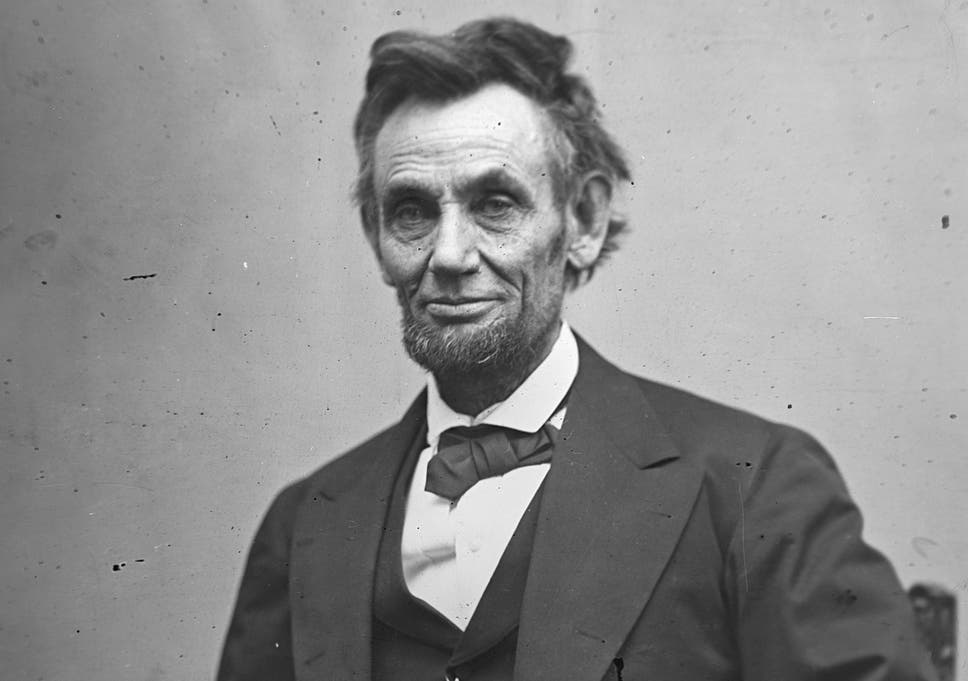 Lincoln gave the House Divided Speech at the Illinois State Capitol in Springfield on June 17, 1858, upon accepting the Republican nomination for U.S. senator for Illinois. To differentiate himself from incumbent Stephen A. Douglas, he described the dangers of the Union dissolving over slavery, which rallied northern Republicans. The most famous passage from the speech is:

A house divided against itself cannot stand. I believe this government cannot endure, permanently, half slave and half free. I do not expect the Union to be dissolved—I do not expect the house to fall—but I do expect it will cease to be divided. It will become all one thing or all the other. Either the opponents of slavery will arrest the further spread of it, and place it where the public mind shall rest in the belief that it is in the course of ultimate extinction; or its advocates will push it forward, till it shall become lawful in all the States, old as well as new—North as well as South.

During his 1858 campaign to become U.S. senator for Illinois, Lincoln gained national attention in a series of seven debates with incumbent Stephen A. Douglas. In these debates, the candidates took turns delivering the opening speech; the opponent delivered a response speech, and the original speaker answered with a rejoinder. They focused mainly on the biggest issue of the day—slavery. Lincoln ultimately lost the election to Douglas, but the publicity and credibility he received as a result of the debates, which were widely reported in newspapers all over the nation, helped him to win the 1860 Republican nomination for President of the United States. The Lincoln-Douglas debates are the basis of one format (the Lincoln-Douglas, or L–D format) still used in debate competitions today and are often considered the basis of the modern presidential debates.

In October 1859, Lincoln received an invitation to speak at Henry Ward Beecher’s church in Brooklyn, New York, in November 1859. Lincoln delayed the speech until February 1861, closer to the Republican National Convention scheduled for May. Before his arrival, the Young Men’s Republican Union assumed sponsorship of the event and moved the location to the newly founded Cooper Union for the Advancement of Science and Art, which had a 900-seat auditorium, the largest secular meeting room in New York. (Now called Cooper Institute, it was founded by Peter Cooper, a wealthy philanthropist.) The topic Lincoln chose—the views and intentions of the 39 signers of the Constitution in regards to slavery—required months of research. The central point of the speech was that Republicans held the same view on slavery as at least 21 of the signers of the Constitution: Congress should control slavery in the territories and not allow it to expand. In effect, he argued that those who objected to this view of slavery, including Southern whites who had already threatened to secede, had little basis for their objections since this view was, in fact, what was intended by the founding fathers. Lincoln arranged the factual information from his research in a logical way, building his argument without much rhetorical flourish to drive his point home. The speech was so effective that it was printed and used during his presidential campaign.

Lincoln wrote his first inaugural address in the back room of a Springfield, Illinois, store owned by his brother-in-law Clark M. Smith in January, 1861, while escaping from a deluge of office-seekers. He delivered it on the steps of the U.S. Capitol building on March 4, 1861, just two weeks after the inauguration of Jefferson Davis as President of the Confederation. In the speech, Lincoln attempted to put to rest the fears of Southerners and argued for holding the Union together, making reference to Henry Clay’s 1850 speech on compromise; Senator (Massachusetts) Daniel Webster’s reply to Sen. Robert Hayne (South Carolina), which had concluded with the words, "Liberty and Union, Now and Forever; One and Inseparable"; Andrew Jackson’s proclamation against the 1832 nullification crisis, and the U. S. Constitution.

Lincoln’s second inaugural address, delivered March 4, 1865, on the steps of the U.S. Capitol building, was brief, intense, and is recognized as being one of the most powerful pieces of political prose ever written. With the end of the Civil War and the end of slavery in sight, Lincoln delivered a speech that was not triumphant but full of sadness and regret for those lost in the war and difficulties of reconstruction that lay ahead. The speech was also deeply theological in its examination of God’s will, with several Biblical allusions. Lincoln closed with this famous sentence:

With malice toward none; with charity for all; with firmness in the right, as God gives us to see the right, let us strive on to finish the work we are in; to bind up the nation’s wounds; to care for him who shall have borne the battle, and for his widow, and his orphan—to do all which may achieve and cherish a just and lasting peace, among ourselves, and with all nations.

On April 11, 1865, two days after General Robert E. Lee’s surrender following the Battle of Appomattox Courthouse, Lincoln addressed a crowd that gathered in the evening. Speaking from the window over the main door to the White House where presidents had customarily given speeches, Lincoln again elected to deliver a thoughtful message of reunification rather than a triumphant victory speech. First, however, he told the band outside to play "Dixie," which he said, "Our adversaries over the way attempted to appropriate it, but I insisted yesterday we had fairly captured it."

That was the closest he came to gloating. Instead, he spoke to the crowd about reconstruction and the need for cooperation between the executive and legislative branches of government as they reunified the country and the "disorganized and discordant elements" of the South. He also addressed the fate of former slaves and, as an example, he used the particulars of the state of Louisiana, where the legislature had freed all slaves and provided for equal, free public education for black and white. Louisiana stopped short of granting black suffrage, however, and now, for the first time, Lincoln publicly supported full citizenship—the right to vote—for educated colored men and those who had served in the military. Lincoln closed with the possibility that "it may be my duty to make some new announcement to the people of the South."

A white supremacist and Confederate activist named John Wilkes Booth was in the audience that evening and knew Lincoln’s announcement would mean full citizenship for African Americans. He swore "That is the last speech he will make," making good on the threat when he assassinated the president three days later.