Here is a draft and a final version of the document in the center of the page.  I include it to show you an example of what my first draft looked like compared to the final draft.  The document in the blue handwriting was the "first thought" draft that I scribbled out one night after I went to a poetry reading where a few people got up and read poems about their grandmothers who had recently passed.  For some reason, it made me think about the idea of the "dead grandmother" in fiction and poetry.  The final draft, entitled Erie Beach and published by The Florida Review, is quite different from that original draft.  As time went on, the character became clearer and more focused.  I'm not saying it's the best story or that it is even good, but for me, it's at the very least better than where I started.  That's my goal with revising.  Make it better. 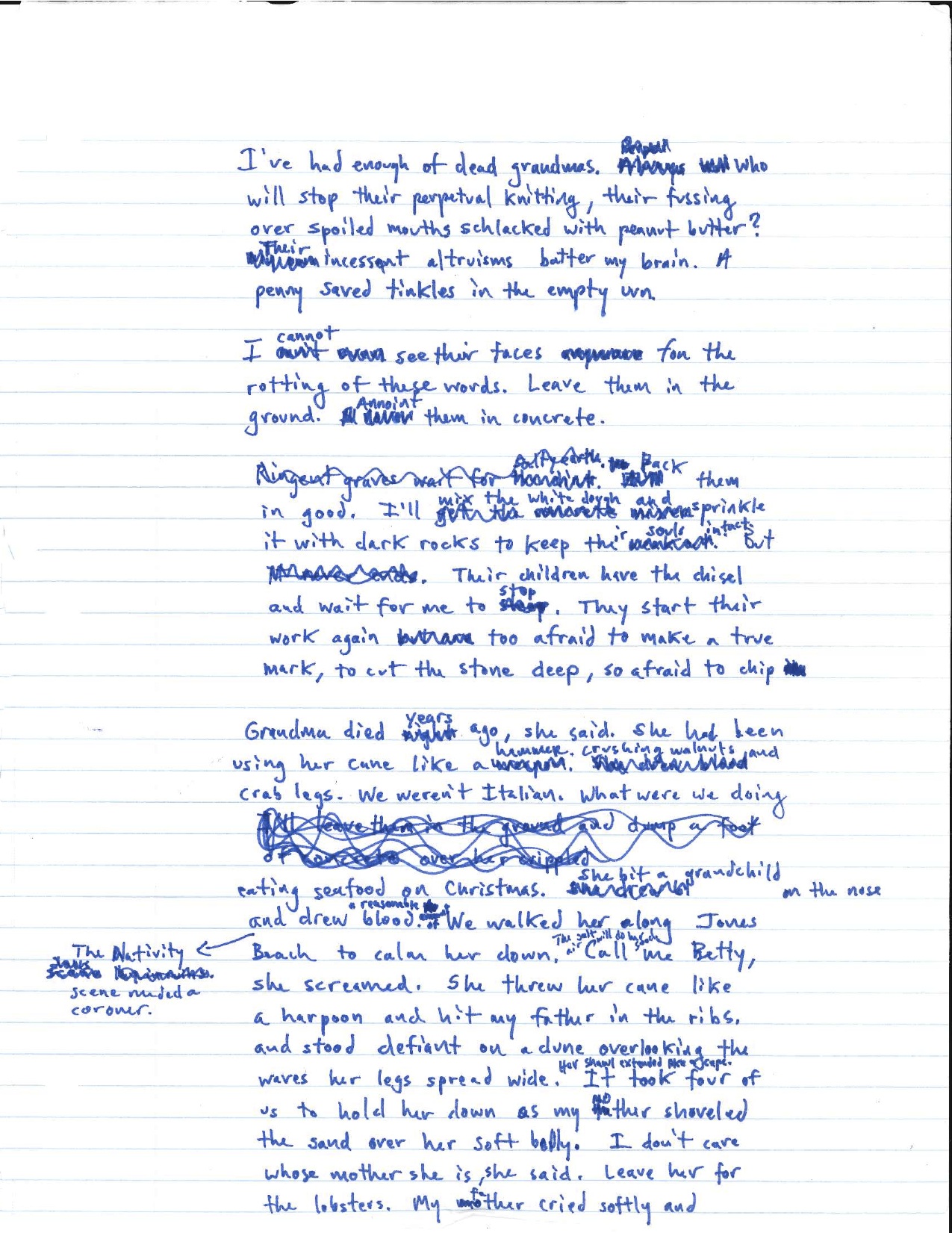 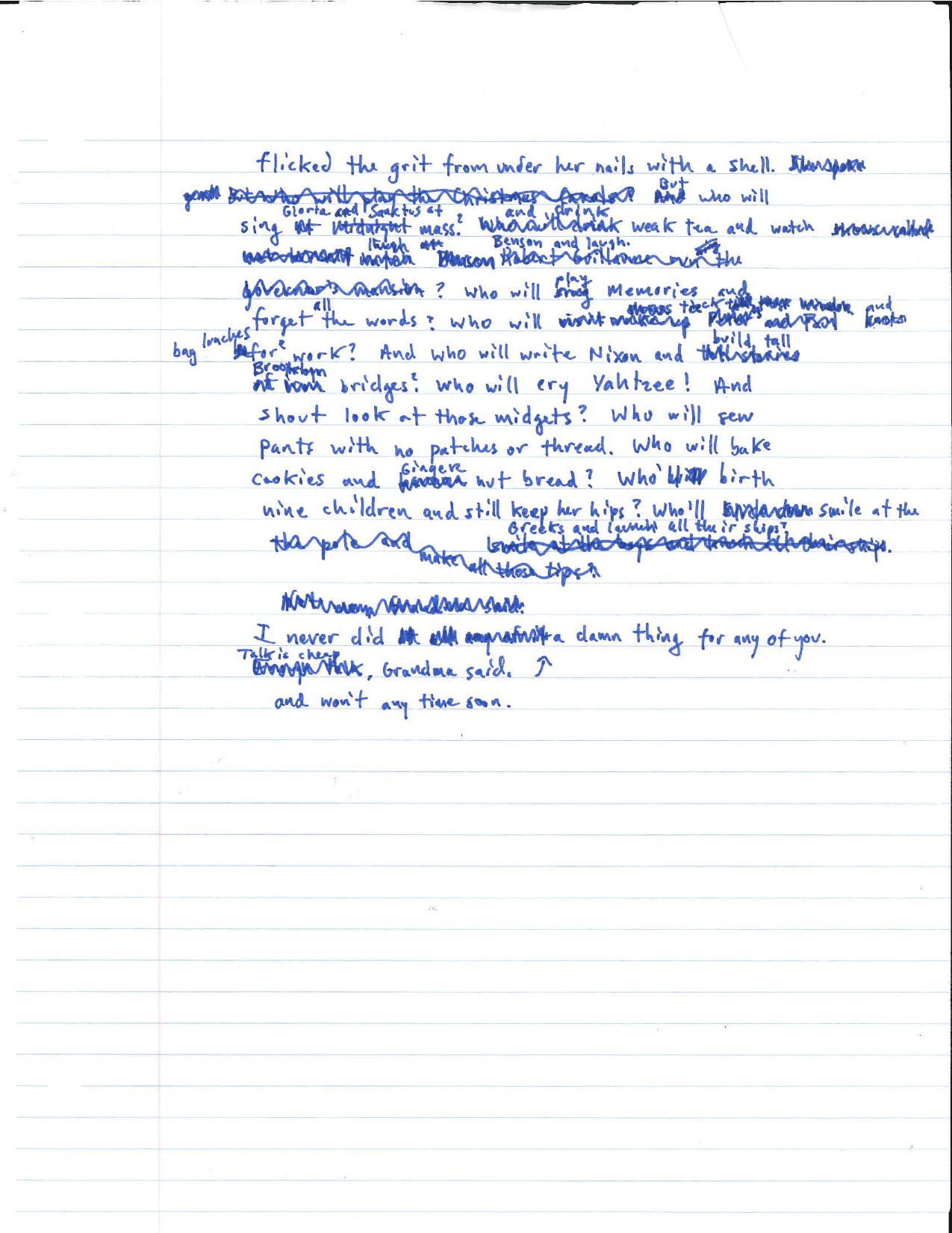