At its best politics can be a civilizing activity; it can preserve the peace, protect human rights, advance economic prosperity, and encourage excellence in the arts and sciences.  When it's done wrong, politics unleashes war, tyranny, economic ruin, and barbarism.

Political science is both the oldest of the social sciences and the most comprehensive. Aristotle identified it as the supreme art, because its practical purpose is the promotion of the highest human good -- namely, that which includes the ends of all the other arts and sciences but whose own end is itself included in none.  Erasmus proclaimed it the most refined and difficult science to master, although the most deserving of study.

For two and a half thousand years, the study of political science has held its place within the Western tradition as the centerpiece of a liberal arts education.

For Charles Hill, political science proves inadequate in dealing with "the great matters of high politics, statecraft, and grand strategy". Political scientists are experts who ignore the reality of politics in search of "scientific" answers to some trivial or obvious aspects of a problem. Political science by self-definition must confine itself to a narrow band of problems, capable of scientifically replicable solutions--leaving the biggest questions beyond its reach. Neither can history provide the answer to the issues at hand. Historians have the pleasure of dealing with all the facts known to all the participants of any past event. But the statesmen of the time must make decisions when knowing only a small portion of what is happening. Neither historians nor political scientists can deal with the complexity of true strategy and statecraft.

As the author claims in Grand Strategies, statecraft cannot be practiced in the absence of literary insight, without a "grasp of the ungraspable" that only literature allows. Decisions in diplomacy must be taken before all the facts are in, when all the implications cannot be known. That is why diplomacy must be practiced as one of the humanities and informed by all of humanistic learning, with literature at the apex. The dimension of fiction, and of poetic license, is indispensable to the strategist who cannot, by the nature of the craft, know all of the facts, considerations, and potential consequences of a situation at the time a decision must be made, ready or not. Literature lives in the realm grand strategy requires, beyond rational calculation, in acts of the imagination.

The Saint Leo University Research & Study Group is an informal group of students and faculty who meet periodically to discuss recent publications in the field of political science. Participation is by invitation only. Students who wish to be included may indicate their interest by informing a SLU political science faculty member.

National Member Benefits:
-Lifetime Membership
-Certificate of Membership
-Recognition of academic excellence in Political Science
-Eligibility to apply for programs, contests, and scholarships sponsored by PSA
-Higher entry-level grade to members entering government service by the US Office of Personnel Management
-Access to national PSA website and its resources/opportunities

Association for Core Texts and Courses - Participating Member since 2010

The Association for Core Texts and Courses is an international, professional association that seeks to advance liberal education in institutions by developing and promoting successful general, liberal education programs (and other programs) which integrate core text courses with the most advanced developments in administration, curriculum, student support services, faculty support, and general education assessment and review.

What is a core text?

A core text may be recognized by its originality.  That is, it has either introduced a seminal idea or it has appropriated several emerging ideas and combined them into a novel unity that is more than the sum of its parts.  In this way it differs from a textbook that represents the ideas of others, usually in summary form, or presents what may be described as the contemporary thinking within the discipline.

A core text may also be recognized by the extent of its influence.  It is characteristic of a core text to be widely referenced within a discipline, praised or condemned by respected authorities, thoroughly commented upon, and even imitated by successors, to the degree that the general public has become drawn into the discussion and may have heard of the author or text. If it has been around long enough, a core text will have generated multiple interpretations, each sparring to be the definitive interpretation.

A core text may also be recognized by its deliberate conversation with other core texts that together generate an on-going dialogue concerning the most important questions confronting the human condition.  This final requirement would seem to throw the core text into the so-called cannon of “Great Books”, but that is not necessarily the case, even supposing that there could ever be such a cannon that was neither arbitrary nor misguided in one way or another.  In short, for a work to be a core text, it must engage the curious student by addressing intellectual or ethical issues that are weighty, controversial, and relevant to an undergraduate education in the liberal arts and sciences.

With this being said, growing and maintaining a collection of core texts that are accessible and available to our students should constitute the central task of a library. A core text collection, however, ought not to be limited to a few "Great Books", but ought to include additional works by the same authors, critical commentaries, and popular polemics that radiate outward from the original works. Seen as a platform for teahing critical thinking, a substantial core text collection should be accompanied by a program to bring scholars to the campus, who will at least find a ready-made audience in our honors program participants, who have either read the works, are in the process of reading them, or who know that they will be asked to read them.

From My Desk: Future Plans 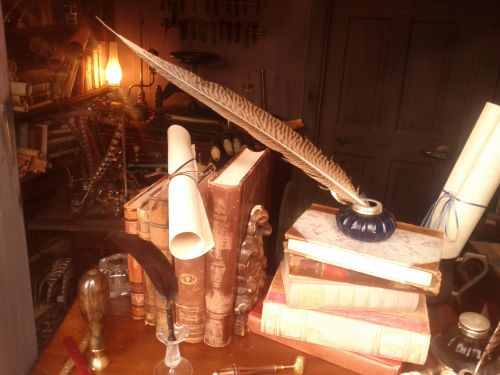 In the spring of 2014, I will be revising POL 499 - Senior Seminar in Political Science.  For the past several years, it has focused on the Lincoln administration.  This spring, we shall be studying Winston Churchill, with an eye to better understanding political prudence, or critical thinking and rational decision-making at the highest level.

Also, I will be offering POL 312 - Political Philosophy II, which swings around every two years.  Last time we studied the American Social Justice philosophers, John Rawls, Michael Sandel, and Martha Nussbaum.  This spring we shall be tackling Alexis de Tocqueville in depth. Neither Revolution Now! Democracy in Troubled Times nor Introduction to Politics treats Tocqueville adequately.  We will read both volumes of Democracy in America and Tocqueville's final masterpiece, the Ancient Regime.

In the fall of 2014, I intend to offer a special topics course, POL 300 - ST: New Directions in Political Science.  We shall be reading some of the more interesting and influential political science books that have appeared so far in the 21st century. I'm asking some of my friends in high places to make recommendations.  This course should be a real pleasure to take and a treat to provide. Five or six years ago, when I directed the honors program, one of the professors bailed on me at the last minute and I was compelled to teach HON 351.  I turned it into a similar readings course.  We read stuff like Three Cups of Tea, Paradox of Happiness, The Omnivore's Dilemna, and a book on the rise of China and India entitled, The Elephant and the Dragon. I never received higher evaluations in my entire teaching career, and the students learned a ton!  Hope you will be around to enjoy the new readings course.  Maybe we will take it to the Internet and invite some cool guests to join us, who knows? 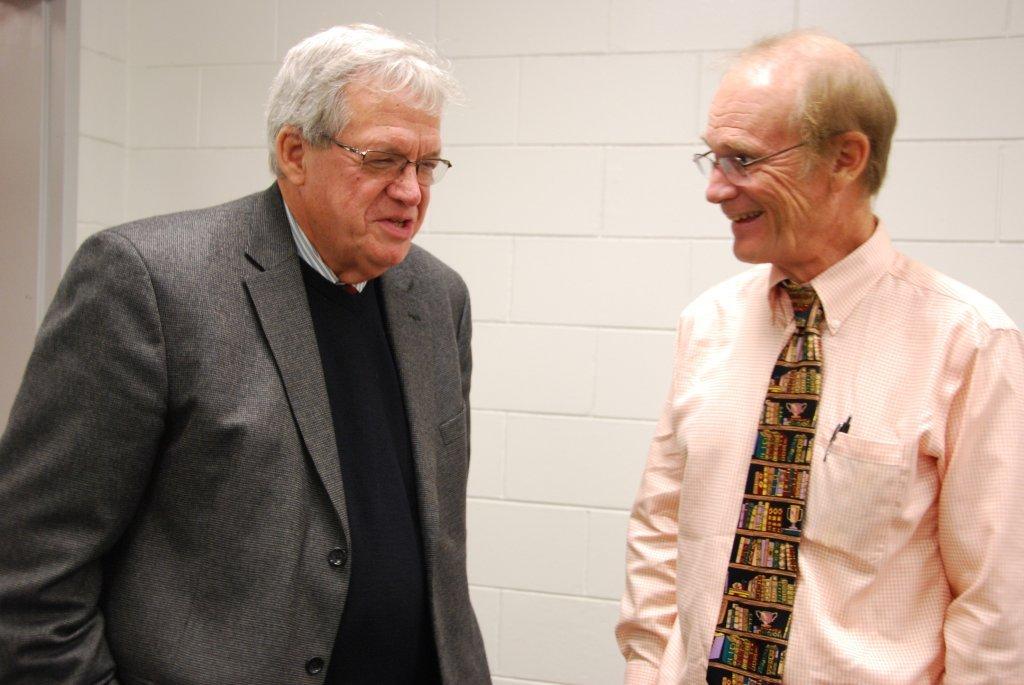